The Perks of Living in Palawan

After 21 years of living in Palawan, I went home to Mindanao and became a “laptop worker.” And while in Mindanao, I thought deeply about what it is in Palawan that makes me want to come back. Was it the Kambak-kambak (come back, come back) syndrome? I’m not a believer, but I think it worked on me. Or maybe just watching the scenery below.

While in Palawan, I was mostly living in Puerto Princesa, the province’s capital. For 21 years, Puerto Princesa is and was a laid back place until it was declared Highly Urbanized in 2009. It was then that I said to myself, my vacation here in paradise island is done.

The declaration made me realized some annoying facts. Power and water shortages, land prices shooting up, traffic jams, limited internet signal, crowded commercial center. Was I in denial? But then I think it was time to declare it as such, other than for a timely political or territorial jurisdiction reasons, but of increasing the city’s Internal Revenue Allotment (IRA) to cater to the increasing population.

Two years in Mindanao, the Kambak-Camelbak syndrome is unstoppable. I got back here, and I can see that urban development is setting in. Shopping malls, gated housing, road works and pipe works for water and fiber optic internet services, banks are rolling in, car dealers, and this I won’t hide to my readers, increase in crime rate, especially thieves. While writing this page at 11:00 in the evening, there is a barrage of noise from people talking through the microphone. Guess who? The Boys Scouts. They are supposed to be the ones trained about respect and service to humanity, but are doing the opposite, disturbing our sleep. And, on some nights, karaoke in the wee hours of the night.

I guess at this point, you’re now wondering when this living in Palawan is going to get better.  Or is it?

Living in Palawan, A Matter of Perspective

Hmm. Let’s see. I like the shopping mall, of course, for once again, we can watch movies on the big screen. And Robinson’s Place  Palawan has a high-resolution 3D screen to boot! SM Supermart has the director’s chair! Puerto Princesa had been without movie houses for as long as I can remember. The last big-screen show I watched here was that Hugh Grant and Drew Barrymore movie, Music and Lyrics. 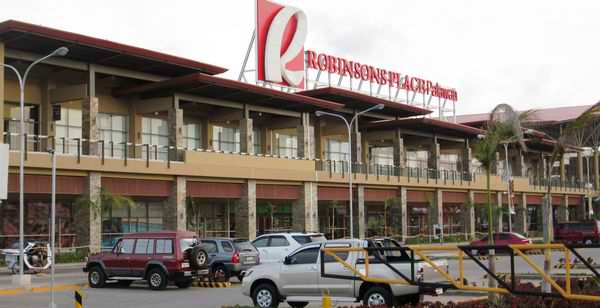 That was the last of the four movie houses standing. It was showing two movies at the same time, Music and Lyrics and the live version of Tom and Jerry chasing each other inside the cinema! So I guess it was time to close and lower the curtain. 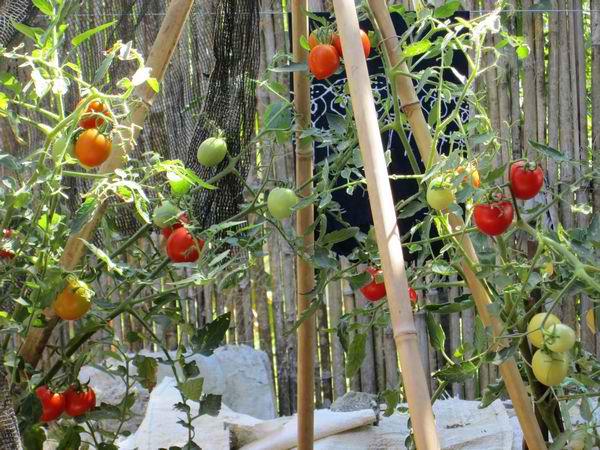 The Life we have in Puerto Princesa, Palawan

The Home we found

We are lucky to have found this place we are renting right now while looking for the right place for us to buy. It is in the suburb, which used to be a thicket of shrubs and some forest trees. As the city is expanding, suburbs were also being opened. It is relatively quiet and secure. Our landlord has a Pit Bull that guards us, so don’t even try. I have space for growing a small vegetable garden, and there are lots of birds – the original twitters. Here are some of their tweets, in English.

“Where are you Bird!” And waking up in the morning, there’s this loyal bird that says to us, “they’re cute, they’re cute, they’re cute! But a sarcastic one cuts the loyal bird, “Bird, are you okay!?! Are you okay, bird!?!”. But this one cracks us hard, “Aaaaaaaaah wakata, kata, %$^%$^*&()…”. Or, it depends on what your frame of mind is, the tweets can become sexier. And if you’re into History and CSIs (Crime Scene Investigations), one of the birds sings of Jose Rizal, and another may have found the Governor at Large. Isn’t it lovely?

The View We Have

Sharing with you our view of Puerto Princesa’s beautiful sunsets:

Yesterday, Saturday, we went to Microtel Palawan, near the Emerald Playa Beach and Nature Park, on our bikes for a swim. We have a new friend, Mark, that goes there for kiteboarding or surfing. He also teaches the sport, if you’re interested. His number is 0919685116 or click here for his website, Kite Club Palawan. We bought a 4-meter training kite a month ago. We’re still on the basics. And maybe, next Amihan (Northwind) season, we’d be able to fly our kite well and skim in the water with the surfboards that we already have. 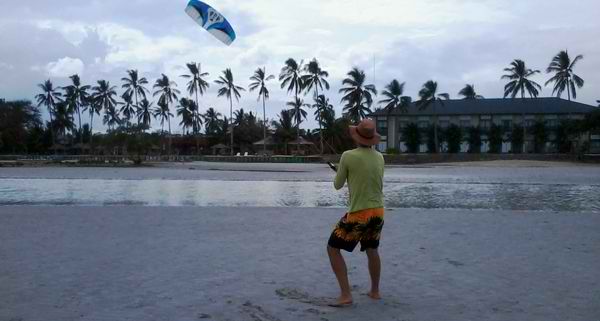 Biking
Aside from biking to chase the sunrise, we bike to buy our food from the market. We also bike to go to the pool for a swim and even to the kiteboarding beach. We bike every chance we have. Or to say it honestly, Jeff bikes a lot to everywhere; to the laundry shop, to pay our electric bill, to get a hair-cut.

Talking about flying, air travel to Palawan has stunningly increased from just one airline to 21 flights a day! It means that at least 2,500 people are coming in and out of Palawan through Puerto Princesa airport. It is why Palawan hotels, Inns, Pensionne Houses, Apartment/house rentals, beach resorts, as well as restaurants have mushroomed in the city. Event organizers hold their country-wide conferences here.

Are you seeing the opportunities now? Mark used to work in Boracay but came back here to start his own Kite Surfing Training business. He also has catering services. There’s no question about it, Palawan is growing and glowing in all areas of development. So this is what living in Palawan is now.

As long as you won’t contribute to the noise barrage, you’re welcome to visit and live here. The Philippines is now known as one of the Asian countries’ noisiest.

I am mostly talking about living in Puerto Princesa. As to our laid back setting preferences, read our About Palawan page, Home page, and Palawan Island page, so you get to enjoy the way I enjoyed living in Palawan.

Join us and let us make living-in-Palawan a more worthwhile experience.